Do find out time to relax & rejuvenate at our In Shape Fitness Centre & Spa. Chill out at Rooftop Swimming Pool which boasts of amazing views of Fujairah Ocean & mountain.

Besides the Coffee Shop which serves International Cuisine Round the clock, there’s Freddy’s – the Rest Robar and bouquet of other restaurants, bars & lounges that adds up to the entertainment options within the hotel ranging from various genre of music like Arabic, English, South Indian North Indian and above all the famous Bollywood. 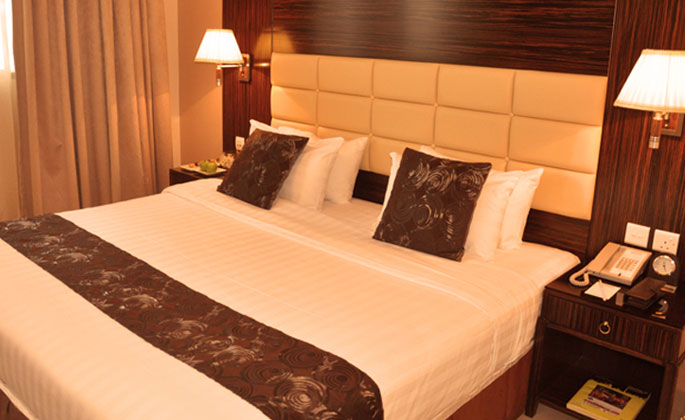 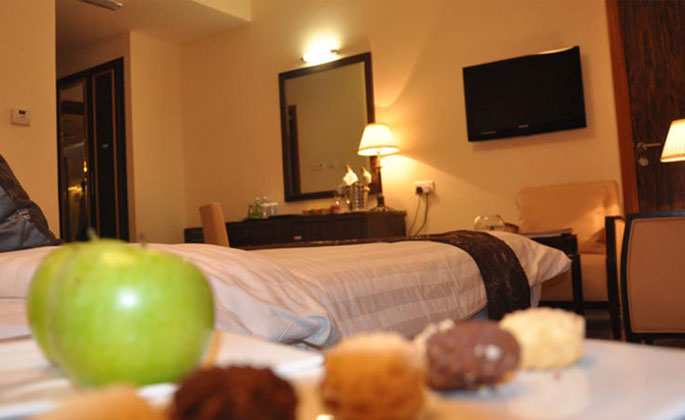 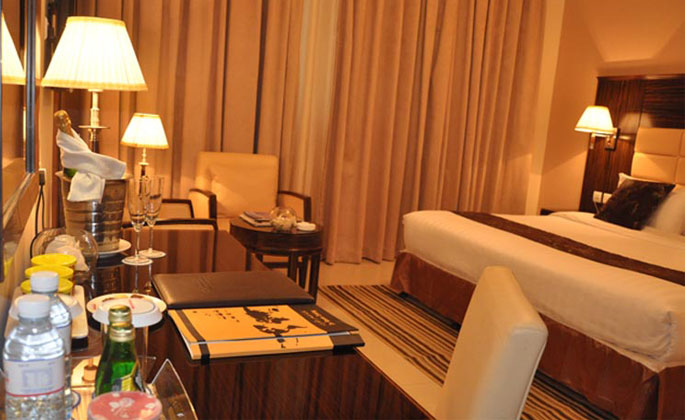 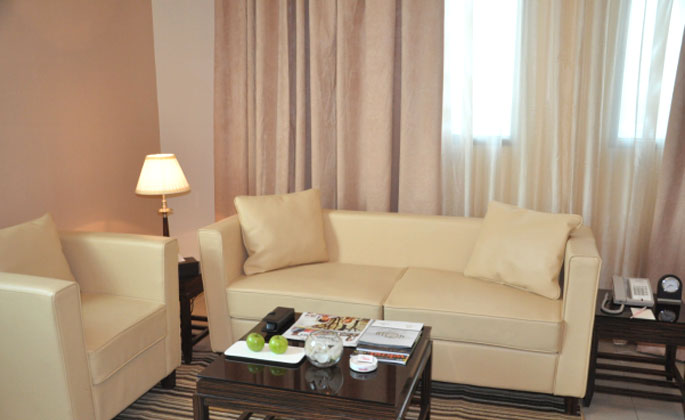 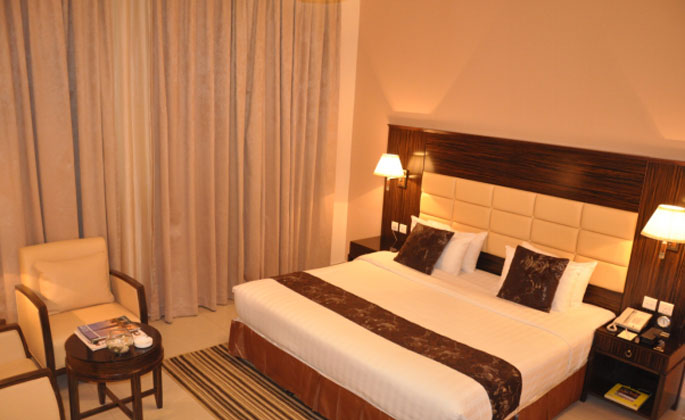 We present a new world of dining experiences. International cuisine and entertainment is just a step away. Our outlets are a hot favorite among guests and locals alike. 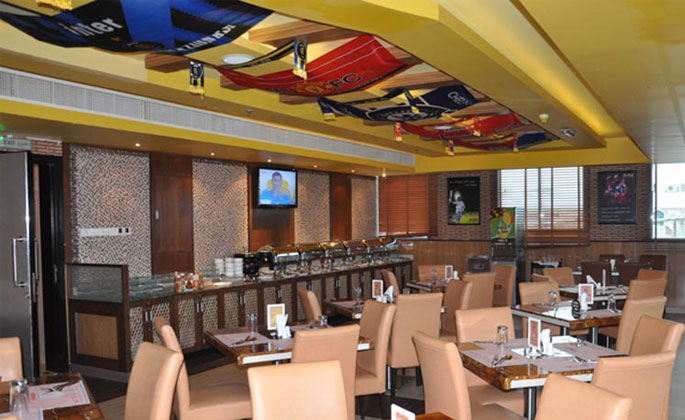 With its great designed bar, Freddy`s is the place to go. This place offers both snacks and main course with a choice in Indian, Arabic, Continental and Chinese Cuisine. A popular hangout for the who`s who of Fujairah and visitors. 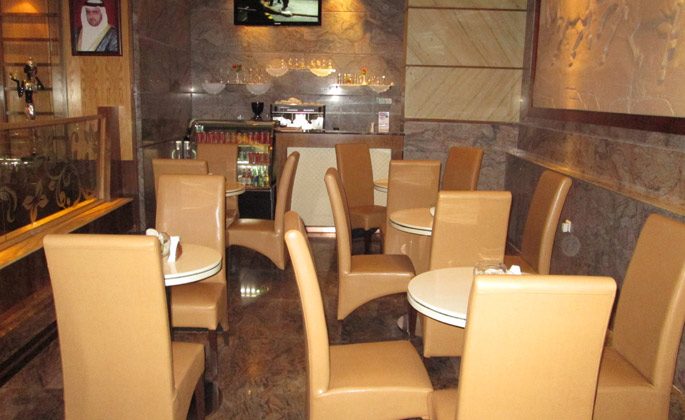 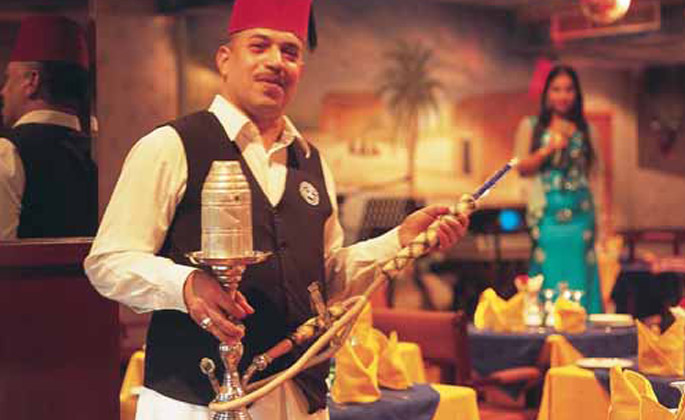 Indulge yourself at the famed Arabic Night Club in Fujairah. Here, you can live full night experience of various performances by famous singers and belly dancers while enjoying an authentic culinary Arabic feast. 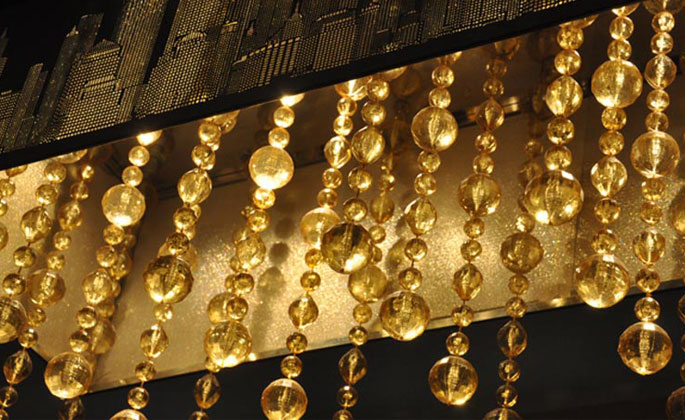 A place where the vibe doesn’t seem to escape. With its well-defined interiors, the club has an electrifying music by the talented DJs and Live band that will get you dancing all night long. This Filipino club has a lot to offer, which you simply cannot resist. 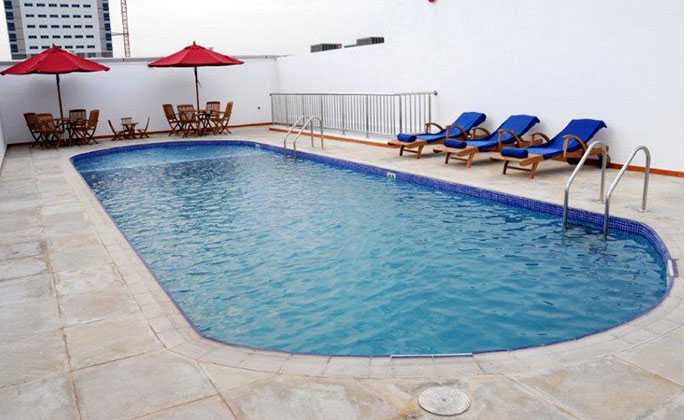 Serving snacks and light refreshments surrounded by spectacular views by the Swimming pool. 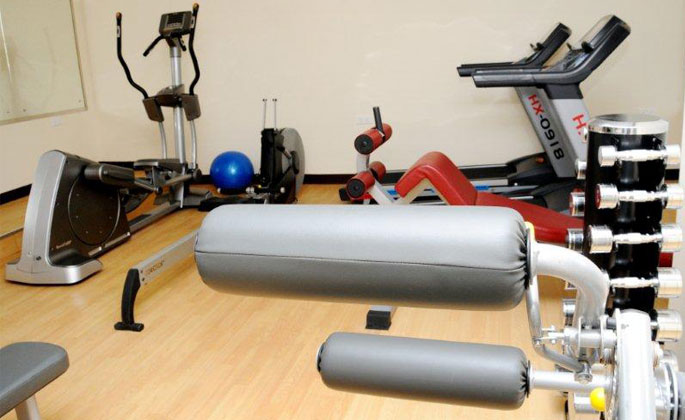 Don’t let your kids get bored during your perfect getaway! There are lots of fun activities at our kids club such us graffiti, activity room, electronic gaming and other board games 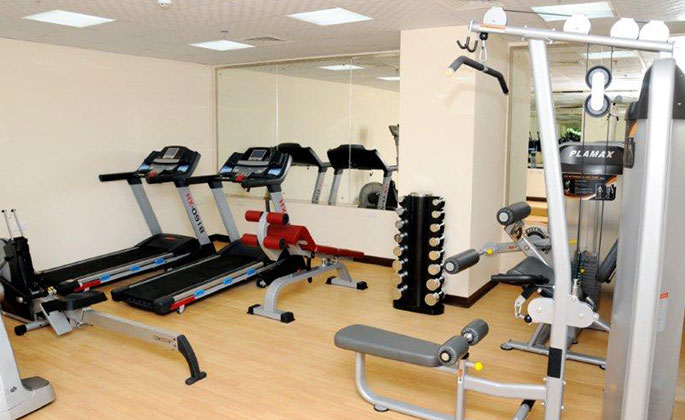 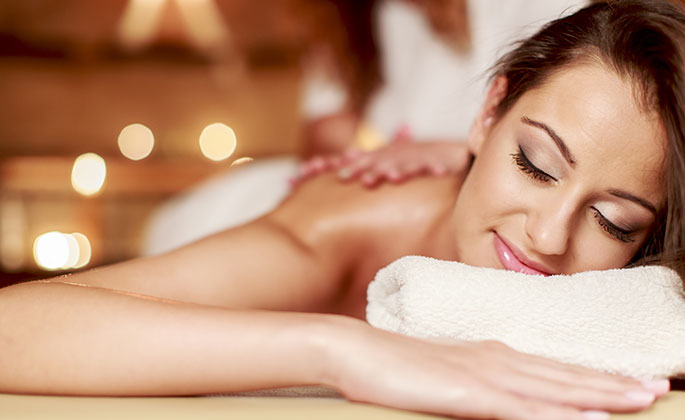 Designed to provide a time of renewal and relaxation. One can enjoy an authentic spa experience and a place to escape that makes one feel fantastic.

Fujairah is a modern, industrious city that is the main settlement of the east coast. The emirate is separated from the rest of the United Arab Emirates by the jagged line of the Hajar Mountains. Although the city itself is a grid pattern of high-rise office blocks, much pride and fine restoration work has been put into the few historic attractions – the Al-Bidyah Mosque and Fujairah Fort being two excellent sightseeing highlights of a visit here.

For many tourists and visitors, Fujairah is a laid-back relief after the bustle of Dubai. For Emirati locals, it’s a favorite weekend escape, with its beaches taking center stage on the things to do list. The beautiful coastline is ideal for scuba diving and sunbathing, while the city is a great base for explorations into the Hajar Mountains.

North of Fujairah city, the mud-brick Al-Bidyah Mosque is the oldest in the United Arab Emirates and was named after the town that once surrounded it. The engineering features are a major accomplishment for the period of construction. The mosque consists of a prayer hall decorated with arches and featuring ventilation openings and a mihrab (prayer niche pointing to Mecca). A central pillar divides the internal space into four squares of similar dimensions, covered by domed ceilings.

The site surrounding the mosque has been excavated to reveal that it has been inhabited for 4,000 years. A large Islamic graveyard just to the north contains a massive tomb dating back to the Iron Age, which when unearthed revealed fragments of pottery, metal arrowheads, and other artifacts dating back to at least 1000 BC.

Fujairah is the only emirate in the UAE to not have its coastline along the Arabian Gulf. Lying along the United Arab Emirates’ eastern side, Fujairah’s beaches sit on the Gulf of Oman. Some of the best snorkeling and scuba diving sites in the country are found offshore here, so this is a must-do destination for underwater enthusiasts visiting the region. For the less active, the beaches provide plenty of opportunity to soak up the sun. Most have excellent facilities for a day trip, including sunshades, loungers, cafés, and restaurants.

Due to the topography of the area, the region around Fujairah is well known for its wadis. In Arabic, a wadi is essentially a dry riverbed (that can contain water after a heavy rain) but can also refer to any valley oasis. Wadi-bashing (four-wheel-driving or hiking through the wadis) is one of the major things to do during a Fujairah visit. Among the most beautiful wadis in the areas are Wadi Siji, Wadi Saham, and Wadi Maidaq. Wadi Ham is the longest valley, and Wadi Al Taiwan is fun to visit just as much for the stunning mountainous route it takes to reach it. North of Fujairah, Wadi al-Wurayah is also a main tourist attraction. Here, you’ll find waterfalls plummeting down to a beautiful pool, perfect for bathing.

Bull butting was introduced to the United Arab Emirates by colonisers from Portugal. In Fujairah, bull butting takes place every Friday and is a popular family event. The day begins with 20 bulls battling each other, and numbers slowly dwindle as winners move on to the next round. The prize for the winning bull is to have his value increased. For tourists, the contest has an extra frisson of danger, as even though bulls are tied up and handled by attendants, they sometimes break free and have been known to charge spectators.

Just south of Fujairah Fort, the Fujairah Museum has an excellent collection of artifacts dating from the early Bronze Age that were unearthed during archaeological digs at Qidfa and Bithnah. Exhibits include Bronze and Iron Age weaponry, painted pottery, carved soapstone vessels, and pre-Islamic silver coins. One of the museum’s prized pieces, discovered at Qidfa, is a bowl made from ostrich egg dating back 2,200 years. There is also a good ethnography section, with displays of traditional Emirati daily life and craft work.

Guests can check-in from 14:00 on the day of arrival. Check-out on day of departure is 12:00 noon. Extra charges apply for guaranteed early check-in and late check-out.

The guest or company is requested to give at least 48 hours notification period, otherwise 2 extra nights to be charged accordingly as per the agreed rates.

One Nights’ charge will be applicable, if the reservation is not cancelled or changed before 48 hours.

1night charge will be applicable for no-show

One Adult or one child is charged AED 150 per unit per night in an extra bed. The maximum number of extra bed / cribs in a room is one only.

Less than 5.99 year can be accommodated free of charge with Parents within existing bed. Baby cot can be provided, subject to availability.

Between 5.99 and 10.99 years, stay free with Parents within existing bed, Meal Charges apply

Above 10.99 years will be considered as Adult regardless extra bed to be charged.

Above 10.99 years will be considered as Adult regardless extra bed to be charged.

Children above 11 years will be considered as Adult and will be charged full rate.

Meal rates are not included in the contracted rates and will be charged directly to the guest unless the guest’s name and number of children accompanying them appear on the issued voucher.

Pets: Pets are not allowed